The hot July weather is ramping up! I love the summer and really enjoy the warm weather. Of course, that doesn’t mean that I don’t look for ways to cool off. We love going to the pool and our air conditioning is pumping the cool breeze indoors. When we’re outdoors during the day, I like to have a nice frozen treat when I come in from the heat. Last year I made a list of over 30 no-churn frozen treats and I am adding more this year. I’m starting with this recipe for Mai Tai Popsicles and showing you how to turn one of my favorite cocktails into a popsicle or smoothie! The flavors of a Mai Tai

The origin of the Mai Tai has been debated. However, the Mai Tai that most people now know as a favorite tiki-themed drink originated from Trader Vic’s restaurant in California. The owner, Victor J. Bergeron, combined Jamaican Rum, lime juice, rock candy syrup, orange curacao, and some French Orgeat and the Mai Tai was born. The drink has evolved over the years and has many variations.

I based my recipe off of the original Mai Tai and included the following flavors:

I included the vanilla because Trader Vic’s rock candy syrup has a bit of vanilla added to the extra sweet syrup… plus it tastes great. Then I took the liberty of using maraschino cherries to add the sweetness since many times a Mai Tai is garnished with a maraschino cherry. Don’t these Mai Tai ice pops look delicious? This Mai Tai popsicle recipe is pretty easy; however, you will need a blender and popsicle molds.

You just blend ingredients, pour into popsicle molds, add fruit, freeze and enjoy! In the image above, I add maraschino cherries and thin lime slices. After eating the popsicles, I decided that the I didn’t enjoy the lime slices. I’ve seen them in other popsicles before, so you may like it. You’ll have to give it a try and see. If you’d prefer to make a smoothie instead of popsicles, you will still blend the ingredients, but add 2 cups of ice to the blender first. This should be enough for 2 large glasses of Mai Tai smoothie.

A perfect adult treat for a break from the summer heat. Omit the rum and kids can enjoy these ice pops and smoothies too!

For Smoothies: cut two thin slices of lime for garnish before squeezing the lime halves. Add 2 cups of ice to the blender before blending ingredients. Pour the smoothie into 2 large cups and garnish each with a lime slice and 1 maraschino cherry. Have you ever made a cocktail into a popsicle or smoothie? Did you try this one? Let me know what you think in the comments below.

I’d love it if you shared this on social media. Just use the buttons below… 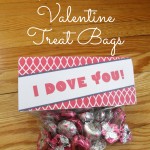 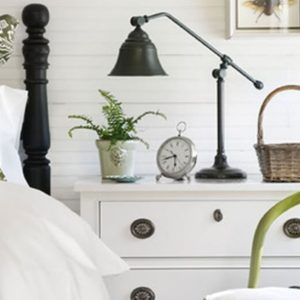