I’ll admit it, I have great in-laws. What makes them great? They stay out of our marriage. Sure, it’s easier for them because my husband is one of nine children, but it’s something we certainly appreciate nonetheless. I realize though that not everyone is as lucky. However, I also credit my husband with making sure early on that he let my in-laws know that they needed to contact him if they had anything they wanted to share or an event they wanted us to attend. I did the same for my husband with my family. That way, if the in-laws were upset about something we did—like not coming to Easter or bringing our sick dog to Thanksgiving—their child was the one to blame and not the in-law. Here are some tips for dealing with your in-laws that we have used in our marriage.

It may not sound like much, but having him deal with his family’s stuff while I dealt with mine kept us both from being frustrated by our in-laws. It’s especially helpful when you have a needy in-law. For example, my mother has a habit of asking my husband to do things for her and he can’t say no to her. But he also doesn’t have time for her jobs because he works full-time and has a home business.  I went to my mom armed with the details of his schedule and let her know that she was not going to be able to expect him to do tasks for her more than once or twice a year and so she needed to prioritize her requests. Had I not put my foot down, she would have continued to hound him relentlessly and he would have come to resent us both. With some guidelines in place, we’re all happier.

With some guidelines in place for our in-laws, we're all happier!Click To Tweet

We used the same method when we got unsolicited suggestions, bad advice, or a perceived complaint from an in-law. My husband has often had to intervene when my very Catholic in-laws said something that flies in the face of science. He knows that I may look calm, but I’m seething underneath and so he defuses the situation by playfully pulling me away saying there’s something in the living room (bedroom, backyard, rooftop, etc.) I need to see. We end up giggling and I thank him for saving me from the situation.

Marriage troubles – Keep ’em to yourself

We also don’t share our marriage problems with our parents because it can taint how they feel about our spouse. It wasn’t until sometime in our 33rd year when we nearly separated that I shared with my mother the serious issue that was tearing us apart. I regretted it almost immediately because though my husband and I have resolved the problem and our marriage survived, it has changed how she feels about my husband; how could it not, any mother would feel that way. I hate that she now sees him through the experience I shared and not through her contact with him. I won’t do it again. Prior to this, I was always positive about him and our relationship.

When you’re the in-law

Becoming an in-law a few years ago made me realize that it’s not an easy role to take on. It’s hard to step back and allow your child’s spouse to become the most important person in his/her life. It’s more than just letting go, it’s also saying your child has someone special to create a life with and our relationship has changed. But stepping back and reassigning your role has to happen so your child and his/her spouse can grow together.

I realized for the first time how easy [my mother-in-law] made it for me to take her place in his life.

The day I realized my place of importance in my son’s life had been downgraded, I sent my mother-in-law a huge bouquet of flowers and a heartfelt note thanking her for raising such an amazing man and for giving him to me. I realized for the first time how easy she made it for me to take her place in his life.

That insight reminded me that as a mother-in-law, I needed to keep any thoughts or judgments about my son’s marriage, wife, money management, etc., to myself. After talking about it with my husband, we swore we’d honor their marriage and keep from nosing in. It’s not easy, we’ve been butting into his life for the last 25 years. But now, if one of us reverts to old habits and starts to offer an unsolicited opinion, the other reminds them with a swift kick under the table or a “Honey…really?” So far, it’s working. Instead, we compliment our son and his wife on how they’re raising their child, what they’ve accomplished so far, and how they’ve made plans for the future and they’re working toward them. That doesn’t mean we agree with everything they do, but before we open our mouth to say something, we ask ourselves if it’s worth the possibility of alienating them. The answer is usually no and we let it be. Five tips for dealing with your in-laws:

How do you deal with your in-laws? Have any tips for me? Please share in the comments below.

Connie has been a newlywed since 1983 when she married her husband, Steve. She's an empty nest mom learning to live as a couple again and enjoying the perks of being a first-time grandmother. You can find out more about Connie on her blog Baby to Boomer Lifestyle. 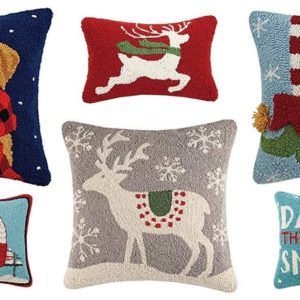